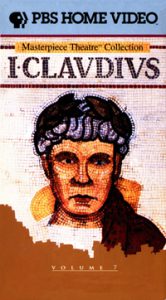 Old King Log – Claudius is persuaded to re-marry, for his children need a mother. Chosen is a woman who is the secret lover of the emperor’s key advisor. Her name is Agrippinilla, and she is the most corrupt woman in Rome. But she is also brilliant, and the studious Claudius marries her for her mind alone. Agrippinilla sees a chance to wield power long enough for her son Nero to come of age, and eventully assume the imperial throne. Claudius knows what the prophets have foretold: that Nero will be the last of the emperors, and will kill his own mother. But Claudius is also resigned to his destiny – for he has finished the task of writing his family’s massive tale. It is a story in which he calls himself”old king log” because he has been “as deaf and blind and wooden as a log.” When he dies by poisoning at the hands of his wife, Claudius is ready to end the saga of the emperors. In a long lifetime, he cultivated the image of the fool to survive his family’s treacheries, but he was smart enough to live to tell the tale.

The Cast of I. Claudius – I, Claudius, based on the novels by Robert Graves, features an acclaimed group of performers. Derek Jacobi stars as Claudius, and his portrayal won him Best Actor honors at the British Academy Awards. Sian Phillips stars as Livia, in a performance which won her Britain’s Best Actress award. Actor John Hurt, best known for his brilliant portrayal in “The Elephant Man,” stars as Caligula.