I, Claudius – Queen of Heaven & Reign of Terror – Volume 4 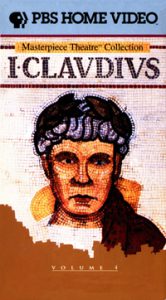 Queen of Heaven – The emperor Tiberius revels in a life of eroticism, egged on by Agrippina’s cunning son Caligula. The emperor’s mother Livia is now in her eighties, a shell of the powerful woman she once was. She has lived to regret her loyalty to Tiberius, whose reign as emperor is a savage one. Tiberius lives only for perverted pleasures, too dissipated to follow the plots that are hatched around him. The emperor’s former allies see the end ahead for Tiberius and scheme to build ties to Claudius, who is in line to ascend to the throne. Of all the imperial family, it is Claudius who finally learns the whole scope of the family’s crimes, revealed by Livia as she lies on her deathbed. Her last act is to extract from Claudius a promise that she will be revered as a goddess for generations to come.

Reign of Terror – As Tiberius grows old and frail, he slowly begins killing off all the people who could succeed him. Soon all his relatives, including Claudius, will be eliminated. Only by cleverness does Claudius survive. Murder is rampant as the power-hungry of Rome angle for the emperor’s favor. Fearing assassination, Tiberius orders a purge which leaves the Roman Senate piled high with the bodies of his enemies. The emperor’s long-hated rival Agrippina is banished as well, along with her son Nero, leaving only the treacherous Caligula in a position to capture the throne.