I, Claudius – Waiting in the Wings & What shall we do about Claudius? – Volume 2 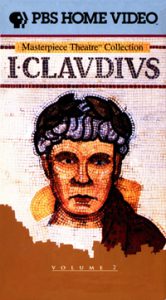 Waiting in the Wings – After eight years in exile, Livia’s son Tiberius has not escaped his mother’s iron will.  She remains determined to see Tiberius inherit the throne of her husband Augustus. His rivals remain the grandsons of Augustus by his daughter Julia, and they become the targets of Livia’s scheme. With blackmail and murder, Livia clears a path for Tiberius to return to Rome. One by one, Julia’s sons meet their deaths through inexplicable accidents, and Julia herself is banished. The details of Julia’s infamous orgies give Livia the weapon to turn Augustus against his own child. When Tiberius finally returns to Rome, he must wait in the shadow of the aging Augustus. And Livia, aged sixty, sees control of the throne within her grasp at last.

What Shall We Do About Claudius? – Only one obstacle remains before Tiberius can reach the royal destiny that Livia desires. She must remove Julia’s son Postumus as an heir to Augustus, so Livia discredits the young man by revealing his infidelities. Her trap catches him with another man’s wife, and when Livia’s plot is complete, Postumus is arrested for rape.  Banished from Rome, Postumus reveals Livia’s scheme to his friend Claudius. This serious young man is a grand-son of Livia and his stammer and limp have branded him the family idiot.  But Claudius knows more than he reveals. He hides behind the image of the fool to survive, and he uncovers the details of how his family members have been destroyed. Like a ticking time bomb, Claudius waits, while the drums of war grow louder outside the gates of Rome.