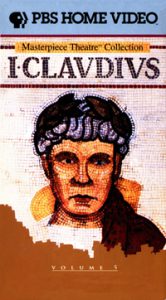 Zeus, by Jove! – On the brink of death, Tiberius names Caligula as heir to the Roman throne. Before the emperor’s body is even cold, Caligula removes the Imperial ring and proclaims his new power to the world. To win the favor of the masses, Caligula spreads the money left by Tiberius among the Roman people, and pays off the debts of Livia. A new age of prosperity is beginning. Or so it seems. But Caligula is plagued by infuriating headaches, and he descends into madness. To the astonishment of Rome, Caligula declares he is a god as great as Zeus himself. With divine might, Caligula murders everyone – even his own sister – who might challenge his heavenly rule.

Hail Who? – Caligula turns the imperial palace into a brothel, with orgies and gambling. The aging Claudius is appointed door-keeper, but is carefully watched by the emperor’s personal guards. Though Claudius is of noble blood, he must live in the poorer part of Rome, where he dreams of the day when the true Roman republic will be restored. Caligula’s reign has left the empire in financial ruin, and he wages war against the Germans to re-fill Rome’s coffers. As Caligula’s fortune grows larger, so do the torments of his pounding headaches, and he taunts the people of his court with even greater wickedness. Totally mad, Caligula is finally assassinated, right before the eyes of old Claudius. In the vacuum of power that follows, the soldiers crown a figurehead from the imperial family, to justify their coup. Claudius is emperor of Rome at last.