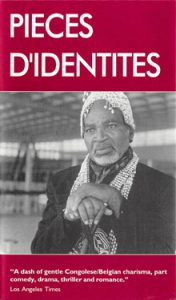 This Belgian comedy follows African king Mani Kongo (Gerard Essomba), who journeys to Brussels in order to track down his daughter, Mwana (Dominique Mesa), who left their homeland to study medicine. As he searches for Mwana, the ruler discovers shocking revelations — namely that she isn’t in school, and leads a trouble-filled life that includes dating cabbie Chaka-Jo (Jean-Louis Daulne).  While abroad, he will have to cope with the very best and the very worst of the black diaspora, as well as with prejudices rampant in European society. He himself will find good friends amongst poor low-class whites.