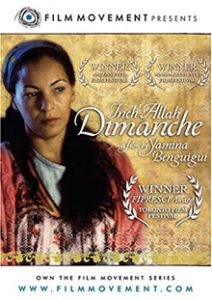 In Algeria, Zouina (Fejria Deliba) bids a tearful goodbye to her mother as she embarks on a voyage to France to be reunited with her husband. In a provincial town, she attempts to rear her three children under the withering glare of her mother-in-law, Aicha (Rabia Mokeddem), who insists on a strict Muslim upbringing. Zouina does her best to assimilate, but is stuck between her traditionalist relatives and her xenophobic neighbors. She lives for Sundays, when she has a few hours of freedom.