José Martí: The Eye of the Canary 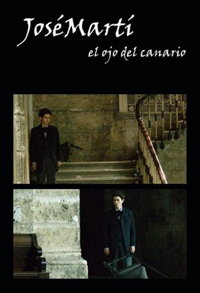 This historical drama, depicting different phases in the late childhood and youth of the so-called “Apostle of Cuba” José Martí, is most of the time a biopic full of commonplaces often found in this genre, directed by Fernando Pérez, one of the most respected names in Cuban cinema. Narrated in four movements, in the first two (“Bees” and “Arias”), the 9 year old Martí (endearingly played by Damián Rodríguez) is bullied in school by schoolmates and abused by his schoolmaster, while he learns notions of justice and oppression from his father. He discovers the beauties of Mother Nature with an old slave, explores his sexuality and enters into the world of high art in a Havanan theater. The boy also becomes aware of the high price a poor child has to pay for education. In the last two segments (“Birthday” and “Bars”), Daniel Romero plays the adolescent Martí in a more intense but still taciturn manner, as the budding Romantic poet becomes a militant for the liberation of Cuba under Spanish tyranny.

Pérez knows how to keep us interested all the time, so the experience is never boring; but in my opinion, what saves «José Martí: el ojo del canario» from being a routine biopic is Pérez’s fabulation of Martí’s early life. It is true that you have to know that there is little information of José Martí’s childhood and adolescence, to have a better appreciation of Pérez’s script. However, it is the director’s free invention of situations, conflicts and inspirations –all based on chronicles of the dramatic times Martí lived and on the poetry he wrote in those years– that makes the motion picture a respectable and valuable movie experience.