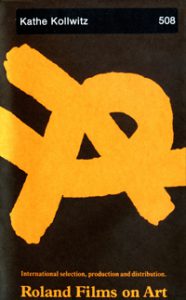 Käthe Kollwitz was the most powerfully emotional German artist of this century; this film describes her life and work, and stresses the timelessness and humanity of her art. Its very personal narration is taken wholly from the artist’s own diaries. The suffering of Berliners in the 1890s, the cruelty and senselessness of the First World War, in which Kollwitz lost a son, and the anguish of the Second World War are vividly portrayed. Most of her best works are tragic and many of them specifically pacifist. This was a pioneering art film, and the honesty of its approach is unsurpassable.  (In English)