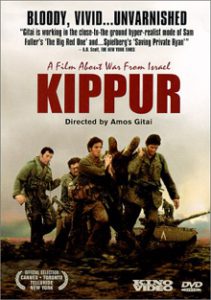 An eye witness account of the 1973 Yom Kippur War, in which troops from Egypt and Syria chose one of the holiest days of the Jewish calendar to launch a surprise attack on Israel; this short but bloody conflict is seen through the eyes of Weinraub (Liron Levo) and his friend Ruso (Tomer Ruso) who have been instructed to join a special military unit on the Golan Heights shortly after the fighting begins.  They end up with an emergency medical team whose ongoing mission involves evacuating dead and wounded soldiers from the battlefield. Later, on October 10, their helicopter crew is deployed to Syria for a covert operation. During their mission, the helicopter is struck by a missile, killing one of the co-pilots and injuring everyone on board. Weinraub and Ruso are among those who survive, and are picked by another rescue helicopter. They become patients at a field hospital, thus ending their role in the war.