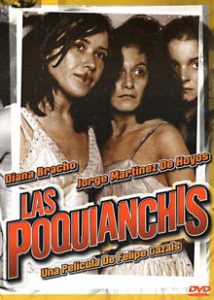 Three sisters manage brothels protected by the authorities, prostituting young girls who are tricked into believing they will be housemaids.  Based on the true story of the sisters who ran brothels in which kidnapping, killings and clandestine burial were common.  In 1964, the discovery of several young people who had been assassinated and buried on the sisters’ orders led to scrutiny surrounding the corruption involved in the controversial Mexican justice system.