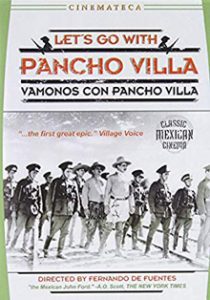 The Mexican Revolution is on its way when six brave peasants, known as “Los Leones de San Pablo”, decide to join Pancho Villa’s army and help end the suffering in their community by assisting in the struggle. After several battles and valiant heroics, the original group is eventually reduced to the leader Tiburcio Maya (Frausto) and young Becerrillo (Vallarino). When Becerrillo is infected by smallpox, Villa orders Tiburcio to kill him and burn the corpse. After reluctantly doing his duty, Tiburcio is ordered to leave the army, and returns home.