Life Is Not for Cowards 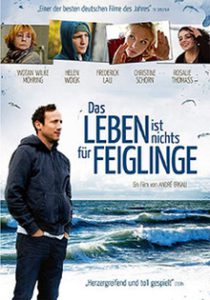 After the sudden death of his wife, the lives of Markus Färber and his daughter Kim fall into disarray. Markus’ attempt to bring back normality into their everyday lives fails as he can’t let go of the past and 15 year-old Kim feels left alone with her feelings of guilt. But then she falls in love with a cool school dropout named Alex. The two of them run off to Denmark to the place of Kim’s carefree childhood. Together with his mother Gerlinde and her cheerful home care Paula, Markus sets off in search of his daughter. A trip full of surprises and a journey back to life.