Look at this City 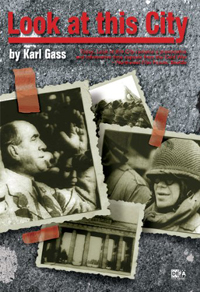 This polemical documentary—using rare authentic images and newsreels from both sides—justifies the erection of the Berlin Wall on August 13, 1961. It represents West Berlin as the frontline of neo-fascism, terrorism and neo-colonialism—against which the peaceful city of East Berlin requires an “antifascist defense.” Made at the behest of those responsible for GDR propaganda, Gass’ trademark fast-paced editing and montage create a seamless, if skewed, rendition of the post-WWII history of Berlin. Notably absent, for example, are the Berlin Blockade and Airlift of 1948-49—that gave rise to the impassioned speech of West Berlin Mayor Ernst Reuter, from which the documentary’s title is taken. The film features the caustic text of journalist and propagandist Karl-Eduard von Schnitzler, later a commentator on East German television and host of the agitation program “The Black Channel.”