Lorca: Death of a Poet 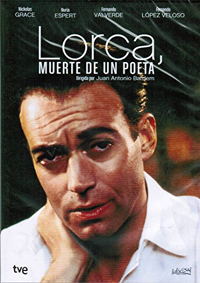 Lorca: Death of a Poet is a 1987 television series directed by Juan Antonio Bardem and broadcast that year on Spanish Television. It is a docudrama that uses documentary footage to trace the life of Spanish poet, writer and activist Federico García Lorca, who was assassinated in 1936 by supporters of dictator Francisco Franco during the Spanish Civil War.

Each episode opens with Lorca’s assassination by firing squad, and then flashes back to a different era in his life and the political history of Spain. It traces his career, his friendships with luminary figures such as Salvador Dalí and his relationship with his family.  The final two episodes depict Spain’s military coup and the bloodshed that became the Civil War.