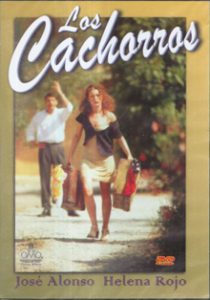 The film tells the story of a group of friends that stand by each other well into adulthood. It starts innocently enough when young Cuellar (12-years-old) enters a new school. He immediately makes friends with 4-other youngsters. One day after soccer practice while taking a shower, a vicious dog is let loose and it severely mauls him devouring his genitals. He is, as a result, maimed for life and his development into adolescence and later into adulthood reveals the problems he faces. These are both sexual and hormonal in nature which very much change the relationships he has with his group of close friends.  He finds it very hard to come to terms with the fact that they start to get girlfriends, and later, married.  In fact, Cuellar’s frustration at being unable to culminate his relationships with women eventually drives him to drastic actions.