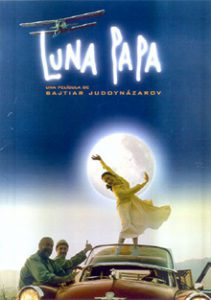 In a small village not far from Samarkand, seventeen-year-old Mamlakat dreams of becoming an actress. One moonlit night, she is seduced by a mysterious stranger who claims to be a friend of Tom Cruise. He then disappears, leaving Mamlakat pregnant. For her father Safar and brother Nasreddin restoring of the family honor is a question of pride, and they set out together to find the culprit.  On their journey in an old car loaded with rabbits, they travel through Uzbekistan, Tajikistan, and Kyrgyzstan. The family meets various bandits and the charming impostor Alik, who poses as the seducer in the dark, and falls in love with Mamlakat.