Mama, There’s a Man in Your Bed 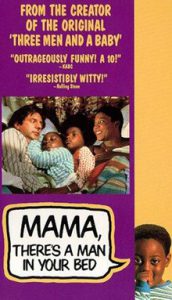 Life is good for Romuald Blindet (Daniel Auteuil), the CEO of a yogurt company, or so he thinks. Reality crashes down on him when he finds out that his wife is having an affair, and that he is being framed by two employees who are preparing for a boardroom coup. Romuald winds up finding a sympathetic ally in a black cleaning woman, Juliette (Firmine Richard) who has overheard incriminating evidence against the two men. Eventually the manager realizes that he has also fallen in love with his ally, so he moves in with her, and the two plot revenge.