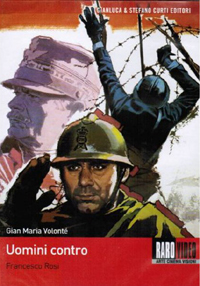 On the Italian-Austrian front during World War I, a disastrous Italian attack upon the Austrian positions leads to a mutiny among the decimated Italian troops.  Time after time the soldiers are forced to leave their trenches in attempts to storm the enemy positions, always with the same horrific result. The Austro-Hungarian machine guns inevitably mow them down. In one attack a major is killed during the mutiny, and subsequently every tenth man of his battalion is chosen to be executed by a firing squad of his comrades, in some kind of bizarre compensation for the slain officer.