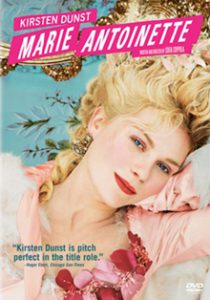 The retelling of France’s iconic but ill-fated queen, Marie Antoinette. From her betrothal and marriage to Louis XVI at 15 to her reign as queen at 19 and to the end of her reign as queen, and ultimately the fall of Versailles.

An Austrian teenager (Kirsten Dunst) marries the Dauphin (Jason Schwartzman) of France and becomes that country’s queen following the death of King Louis XV in 1774. Years later, after a life of luxury and privilege, Marie Antoinette loses her head during the French Revolution.