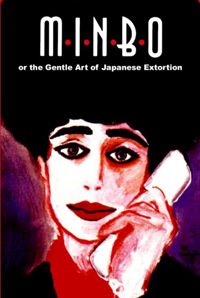 The owner of a high-class Japanese hotel, the Europa, hopes to win a prestigious and lucrative contract for the hotel as the site of a summit meeting between important international officials. Unfortunately, the yakuza have taken a liking to this hotel as both a hangout and a target for extortion. In order to win the contract, the owner realizes, he must rid the hotel of the yakuza. Fearing to confront them himself, he deputizes a hotel accountant, Suzuki and a bellboy and former college sumo-club member, Wakasugi. The hapless pair are no more daring than their employer, however, and their tentative attempts to address the problem fail until they meet Mahiru Inoue, a lawyer who specializes in dealing with the yakuza. With Inoue’s direction, the hotel staff comes together to face down the yakuza ruffians, who are portrayed as craven, outwardly-threatening-but-inwardly-weak, fools.

The yakuza, who prefer to think of themselves as something akin to modern-day samurai, were angered by their portrayal in Minbo as common thugs and bullies. Three knife-wielding members of the Goto-gumi yakuza gang attacked director Juzo Itami near his home on May 22, 1992, six days after the movie opened. Itami was beaten and had his face slashed. The brutality of the attack, combined with Itami’s popularity and the success of Minbo, led to a public outcry and a government crackdown against yakuza activity. Itami’s 1997 death is alleged to have been murder disguised as suicide, carried out to prevent him from making a further film about the Yakuza.