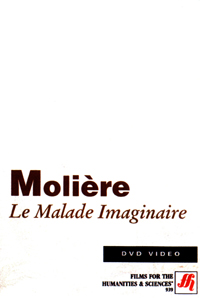 Hypochondriac Argan’s household revolves around his obsession with his chronic imaginary illnesses. Served by a pair of unscrupulous doctors, Argan even goes so far as to try to marry off his daughter Angélique to one of their sons so he would have a physician in the family. But Angélique is in love with Cléante, and it takes all of the wiles of servant Toinette to bring about their marriage. Le Malade Imaginaire was Molière’s last play. Playing Argan, he collapsed onstage during a performance and died that very night.