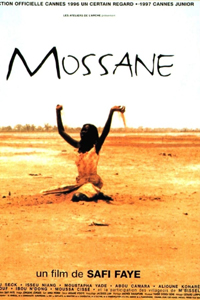 Mossane is a beautiful 14-year-old girl who has just reached marriageable age in a village in Senegal. She has many suitors, including a simple-minded farmer’s son who plans to drag her away. Even her own brother Ngor is in love with her. However she is in love with Fara, a poor student who has returned to the village, while the university is on strike. At birth, she had been promised in marriage to Diogoye, who went away to work in France. Diogoye, who supplied her parents with many things over the years, has now sent a dowry, and asked that she be married to him in the village in his absence; she would then be sent to France.  Mossane defies her parents’ wishes out of her love for Fara. On her wedding day, she refuses to marry Diogaye and tragedy ensues.