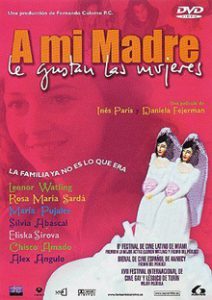 Elvira, an attractive but insecure twenty-something, joins her sisters Jimena and Sol to celebrate the birthday of their mother, Sofía, a divorced concert pianist.  Sofía announces that she’s fallen in love but is interrupted by the doorbell as she describes her new partner. While the three gleefully speculate about their mother’s new boyfriend, their joy suddenly gives way to shock when she returns with Eliska, and the sisters realize that their mother is a lesbian.

The young women handle the shock in different ways. Elvira confides in her psychiatrist, while Sol composes a song about her mother and her lesbian relationship for her band. Jimena doesn’t act out in any particular way, but her husband becomes concerned about how his mother-in-law’s sexual orientation will affect his image at work.

When her daughters find out that Sofía has given the much younger Eliska a significant amount of money, they become suspicious of Eliska and plot to find a way to get their mother to break up with her.  As the sisters flirt with Elvira, a spark develops between Elvira and Eliska. This generates problems between Elvira and her husband Miguel, and makes Elvira comically doubt her own sexuality.

The well-fashioned plot starts to come apart only when Eliska, having spent a drunken night with Elvira, decides to return to the Czech Republic, leaving a distraught Sofia behind and the daughters head for Prague to bring her back.