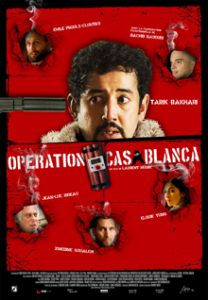 Having just left the shabby hotel kitchen where he works, Saadi, an undocumented Moroccan, is mistaken for a dangerous Islamic terrorist when he accidentally wanders into the middle of a crime scene. Following the accidental death of the real suspect, the police convince Saadi to impersonate him in order to infiltrate a terrorist cell that has just kidnapped the secretary general of the United Nations. Saadi joins Abdelkhani Hassan and his sidekick, a young Quebecer who has converted to Islam. But Saadi’s blundering, combined with tensions within the police department, undermine the mission and his own security.  The film is a satirical and thrilling comedy in which a wrongly accused suspect gets mixed up in a worldwide terrorist plot.