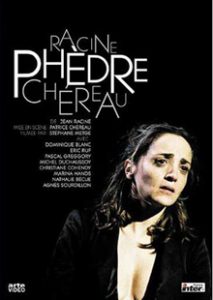 Based on the Greek legend of Theseus, who returned from war with the Minoans to become king of Athens, and took Phèdre, daughter of the vanquished King Minos, to be his wife. Phèdre falls in love with Theseus’ son Hippolyte, who does not return her love. In anger she prays to Neptune to destroy him, but when Hippolyte is in fact killed after fighting a sea monster, Phèdre kills herself in remorse.