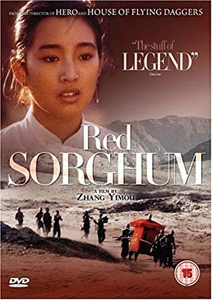 Young Jiu’er (Gong Li) is sent by her parents to marry an old leper who owns a distillery. As she is being carried over the sorghum fields, bandits attack and she is rescued by a laborer (Wen Jiang), with whom she has a son, the narrator. After the old leper dies, Jiu’er takes control of the distillery and invites the workers into a collective arrangement. But as the Sino-Japanese War peaks, barbarous Japanese troops storm onto the property determined to destroy the sorghum fields.