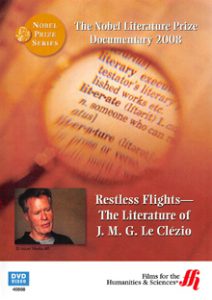 In its citation for the 2008 Nobel Prize in Literature, the Swedish Academy described Jean-Marie Gustave Le Clezio as an “author of new departures, poetic adventure and sensual ecstasy, explorer of a humanity beyond and below the reigning civilization.” Commissioned by the Nobel Foundation, this program traces Le Clezio’s life and oeuvre, exploring his influences and central concerns through extensive interviews, excerpts, and location footage from the places that have shaped his writing. An intimate and artful portrait, the program provides a rare glimpse into the mind of a writer acclaimed for literature that conveys the world’s splendor, as well as its brutality.