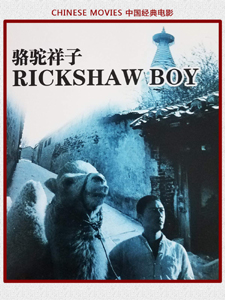 Xiangzi is a young, hardworking, well-built rickshaw puller who dreams of owning his own rickshaw. Just when he has earned enough to buy one, it is confiscated by warlord soldiers. He marries Hu Niu who later dies during childbirth. Following her death, another girl, Xiao Fuzi, falls in love with him but they are soon beset by utter poverty. Xiang Zi works very hard to change his life struggling for a better future, only to confront the suicide of Xiao Fuzi just as his life becomes hopeful. The harsh realities of his life teach him that decency and hard work have little meaning in this pragmatic, dog-eat-dog world. He becomes a lazy, degenerate and unscrupulous good-for-nothing, no different from those he looked down upon earlier in his life, spending his days gambling and cheating.