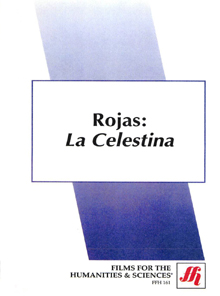 This film is a superb production of the Rojas masterpiece. The camera expands the boundaries of artistic imagination, so that this Celestina becomes the ideal key to the work itself, providing a truly memorable portrait of Celestina, who, together with Don Quijote and Don Juan, is one of the greatest literary characters of Spain. An RTVE Production.