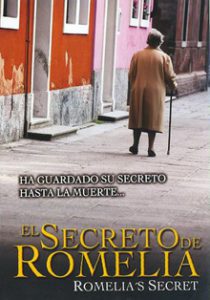 An elderly woman (Romelia), her daughter and her grandchildren take a few days on holiday to visit a small town outside the city. The town makes Romelia melancholy and her daughter, Dolores, decides to unravel the mystery surrounding her unknown father.

Dolores returns to her hometown of Tlaxcala.  After a long time away, she is accompanied by her mother Romelia and her three daughters. Upon arrival, she discovers that her father, whom she thought from birth was dead, has just died, which prompts her to investigate to discover the truth about her mother Romelia through her daughters, an old maid, and her father Román’s diaries. It turns out that Romelia was a member of a wealthy family in the 1930s. She competed with her sisters Blanca and María for the care of her brother Rafael, who later committed suicide for no apparent reason. Roman searched for Romelia after his first wife died, but he returned her to her family after their wedding night arguing that she was not a virgin. Blanca and María accused Romelia of having been Rafael’s lover and this disgrace had forced the family to leave town. Upon returning to Tlaxcala, what happened in the past becomes clear:  Rafael had committed suicide because he was in love with Roman’s first wife, Elena.  Roman married and dishonored Romelia as revenge on his family for ruining his first marriage.