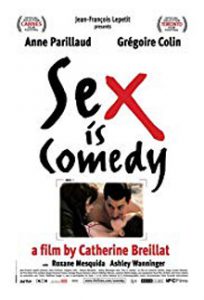 Anne Parillaud is fiery, sultry and explosively funny as a movie director who’ll do anything to get her shot. For director Jeanne (Parillaud), sex is no laughing matter. She doesn’t find it funny that her two leading actors cant stand each other when she’s about to shoot the most important moment in her film: the sex scene. The actress objects to nudity, the actor wont take off his socks, and the only thing heating up between them are their tempers. At her wits end, Jeanne tries everything in her power to seduce, intimidate and sweet-talk her reluctant young lovers into performing the film’s sexy final scene!