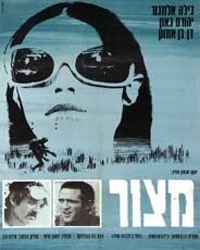 Gila Almagor plays Tamar, an Israeli woman who loses her husband during the Six Day War. Her husband’s friends do not want his memory to be forgotten, and this forces her into the role of the ever-mourning widow. Her story is not uncommon in Israel.

After Tamar lost her husband in the Six Day War, she deeply mourned his passing, and now, years later, wants to find new love. However, her late husband’s family and friends expect her to remain in mourning for the rest of her life, keeping his memory alive. In contrast to most films made in Israel shortly after the 1967 war, Siege does not convey the euphoria of victory, but instead it captures more nuanced feelings of fear and sorrow.