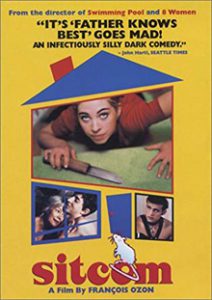 The patriarch (François Marthouret) of a seemingly normal nuclear family returns home one day with a small white rat. The animal soon has an adverse effect on his wife (Évelyne Dandry) and children, influencing them into enacting their darkest, most hidden desires.