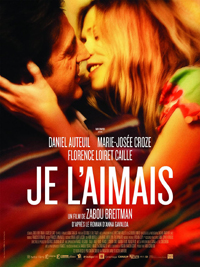 One night, Pierre (Daniel Auteuil) shares a secret with his daughter-in-law, Chloé (Florence Loiret Caille). A secret that has haunted him for two decades, forcing him to confront himself, his contradictions and choices, his manhood and his failings. The secret of his love for Mathilde (Marie-Josée Croze), for whom he wouldn’t make a sacrifice, choosing instead to take the safer, easier path. In one night, we discover the life of a man who didn’t take a chance. In a heartbreaking weekend shared by a man and his daughter-in-law, memories flood back in waves of nostalgia and regret.