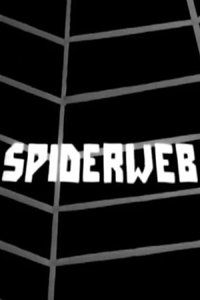 Spiderweb is a British short film directed by National Film and Television School graduate Paul Miller. It is a fairly faithful adaptation of “Death and the Compass”, a 1942 short story by Argentine writer Jorge Luis Borges in which a rabbi is murdered. Detective Lönrot is called in on the case and looks for a ‘rabbinical explanation’ for the murder. Other murders are committed and deliberate clues left in chosen locations. Lönrot, convinced he is on the trail of a ‘mystical intrigue’ is lured to the ‘crime scene’ when the tables are turned by his nemesis, the master criminal Red Scharlach.