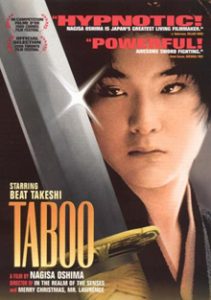 Set during Japan’s Shogun era, this film looks at life in a samurai compound where young warriors are trained in swordfighting. A number of interpersonal conflicts are brewing in the training room, all centering around a handsome young samurai named Sozaburo Kano. The school’s stern master can choose to intervene, or to let Kano decide his own path.