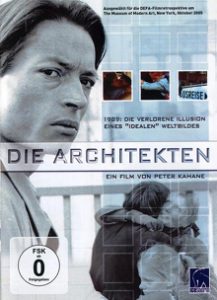 The architect Daniel Brenner is in his late thirties when he receives his first challenging and lucrative commission: to design a cultural center for a satellite town in East-Berlin. He accepts the offer under the condition that he gets to choose who he works with. This way, he reunites with former colleagues and friends – most of them architects or students of architecture who have since chosen a different profession due to personal restraint or economic confinement. Together, they develop a concept which they hope will be more appealing to the public than the conventional and dull constructions common to the German Democratic Republic. However, their ambitious plans are once and again foiled by their conservative supervisors. As frustration grows, Daniel has trouble keeping his career in balance with his family-life: his wife Wanda wants to leave for West-Germany.