The Hero’s Journey – Transformations of Myth Through Time 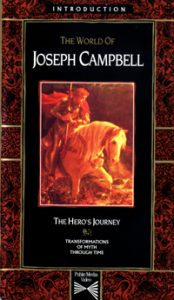 The Hero’s Journey is a 1987 biography of mythologist Joseph Campbell (1904–1987), directed by Janelle Balnicke and David Kennard. In the years just before his death, Campbell was filmed in conversation with his friends and colleagues, discussing his own life and career in terms of the myths that he studied throughout his life.  The Hero’s Journey portrays the development of Campbell’s thought and how it was influenced by the events of his life.  Drawing on rare footage never before seen on video, this multimedia presentation gives viewers an opportunity to identify their own creative forces with the remarkably fertile and creative processes of Joseph Campbell and to explore the myths and symbols that have shaped our world and given us what he has called “the experience of being alive.”