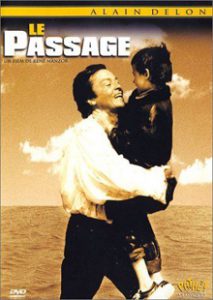 Film-maker Jean Diaz lives with his son David after separated from his wife. On their way to the new house near the sea, Jean and David have a car accident provoked by The Death (portrayed here like a grim-reaper). The doctor actually can save Jean, but The Death sabotages the equipment with his computer. The Death offers Jean to wake David from his coma, but Jean must make an animation movie against the violence for him.