The Queen of the South 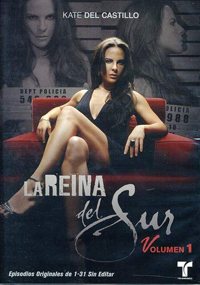 The series is the television adaptation of the literary work of the same name by Spanish author Arturo Pérez-Reverte. It is the chronicle of the rise to power of a Mexican woman within the world of international drug trafficking. Teresa Mendoza begins her adventure as a humble young woman in love with a pilot employed by the Mexican cartels. When they execute her boyfriend, Teresa flees, desperate to avoid the same fate. Her escape takes her to the south of Spain where she tries to start a new life. However, she is once again immersed in the world of narcotics trafficking, and for a second time, she suffers the death of a beloved man. After several blows, Teresa decides to take the reins of her destiny and becomes the head of her own organization. This was done with the help of a woman she met in prison, who decided to share her fortune with Teresa. Through strategic alliances and a strong sense for business, Teresa “La Mexicana” begins to control an intercontinental drug distribution business. However, her great success is accompanied by a high personal price, and Teresa’s happiness and heart are tested.

The second season of La Reina del Sur follows the life of Teresa Mendoza eight years after the events of the first-season finale. Isolating herself from the rest of the world, Teresa now lives an idyllic life in Italian Tuscany, but the kidnapping of her daughter forces her to go back to the underworld and reintroduces herself into drug trafficking. To save her daughter, Teresa needs to confront her old enemies once more and face her past that she tried to leave behind.