The Rape of Nanking 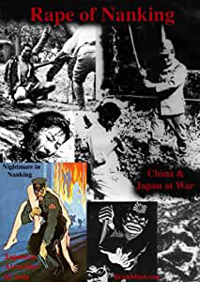 About a young Chinese-American author’s journey into the darkest reaches of humanity as she researched and wrote her best selling book “The Rape of Nanking.”  Iris Chang’s harrowing experience and dogged determination uncovers in graphic detail the forgotten holocaust of World War II when almost 300,000 Chinese women, children and soldiers were in a matter of weeks systematically raped, tortured and murdered by the invading Japanese forces.

The Nanking Massacre, commonly known as the Rape of Nanking, was an infamous genocidal war crime committed by the Japanese military in Nanjing, then capital of the Republic of China, after it fell to the Imperial Japanese Army on December 13, 1937.  The duration of the massacre is not clearly defined, although the violence lasted well into the next six weeks, until early February 1938.  During the occupation of Nanjing, the Japanese army committed numerous atrocities, such as rape, looting, arson and the execution of prisoners of war and civilians.  Although the executions began under the pretext of eliminating Chinese soldiers disguised as civilians, it is claimed that a large number of innocent men were intentionally identified as enemy combatants and executed—or simply killed outright—as the massacre gathered momentum.  A large number of women and children were also killed, as rape and murder became more widespread.