the Return of Martin Guerre 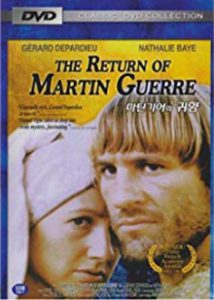 Based on a case of imposture in 16th century France, the film tells the story of Martin Guerre, a man who returns to his village after several years of absence.  When he recounts the details of his previous life, Martin is accused by some villagers of impersonation and sowing doubt in the small community.