The Roman Empire in the First Century – Winds of Change 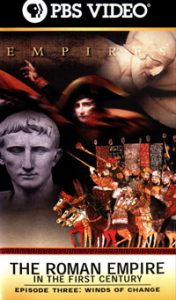 Claudius was Rome’s unlikely emperor. Despite his much-ridiculed appearance, he had become a good ruler, passing visionary laws and conquering Britain.  After the murder of his wife, Messalina, Claudius remarried – this time to his niece, Agrippina. Eager for power, she wasted no time removing her rivals and even convinced Claudius to make her own son, Nero, his heir.  The only obstacle left now was Claudius himself.

Agrippina poisoned his food and immediately announced Nero as emperor. Nero was young and was guided by his mother and his tutor, the philosopher Seneca.  This did not last long: soon, Nero wanted to rule himself. Seneca used subtlety to control his student but Agrippina was much more heavy-handed. Before long, Nero was sick of his mother’s interference and decided to kill her. When his original plot failed, he sent soldiers to finish the job. The murder scandalized Rome.  Things got worse. In Britain, the tribal queen, Boudicca, mounted a huge rebellion, burning towns and killing thousands before finally being defeated. In Judaea, decades of oppression and a foolish governor combined into a massive revolt that would take years to put down.

In Rome, a huge fire destroyed much of the city. Nero opened up public buildings to house the homeless, but rumors that he had been singing and dancing while Rome burned turned public opinion against him. He looked for a scapegoat and found one in the Christians.  Jesus had died 30 years earlier, but energetic missionaries, such as Paul, had spread his message across the empire. Rome had relatively few Christians and they were not widely trusted. Nero rounded them up and executed them brutally, throwing some to the lions, burning others and crucifying many more.  As Nero’s reign descended into terror, Seneca found himself seriously compromising his deep-seated principles. Time and again, he asked Nero for permission to retire, but was always denied. Eventually he pretended to be ill and was released from service.

It would be a short retirement. After he discovered a plot, Nero began a brutal purge in which many were killed or, like Seneca, were forced to commit suicide. After the Senate declared him a ‘public enemy’, Nero escaped to the country and killed himself. The Augustan dynasty was dead and, with no heir, civil war loomed.