The Roman Empire in the First Century – Years of Trial 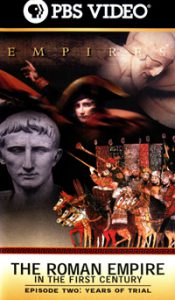 In 14 AD, Augustus died and the empire stood at a crossroads. Would Rome continue on course or return to chaos? Much depended on his successor, Tiberius. He knew he had not been Augustus’ first choice as heir, and his position was insecure. He and the Senate did not get along: they disliked his moodiness and unpredictability, and he resented their plotting. He looked for help elsewhere and chose Sejanus.  Sejanus realized this was the chance of a lifetime. He launched a widespread purge, arresting and executing many rivals. The only man who could stop this – Tiberius – had retreated to the island of Capri.  Just when Sejanus seemed unstoppable, everything changed. Tiberius told the Senate that Sejanus was condemned. Sejanus was arrested and executed. The only surviving heir to the throne was now Caligula.  At first, the Emperor Caligula did well. But his behavior soon became strange. He seduced the wives of his guests and murdered people at random. Before long, he too was dead, murdered by his closest advisors.

He was followed by his uncle, Claudius. Disfigured by illness when he was just a child, Claudius had spent his life as the butt of jokes. To everyone’s surprise, he worked hard and did well. He passed laws protecting sick slaves, increased women’s privileges and opened the Senate to new talent. Abroad, he conquered Britain – something that not even Julius Caesar had managed to do.  His weakness was his promiscuous wife, Messalina. When she began an affair with a nobleman, it was widely seen as a coup in the making. Claudius ordered her lover to be killed and Messalina was murdered soon afterwards. When he heard, Claudius didn’t blink – instead, he asked for more wine.

This period also witnessed major change in other parts of the empire. In Egypt, attacks on the Jews forced Philo, a Jewish leader, to travel to Rome and ask for help, without success. In Judaea, a charismatic leader named Jesus challenged the religious and political establishment. The local furor barely touched Rome, but the legacy of Jesus would one day engulf the entire empire.