The Romanovs: An Imperial Family 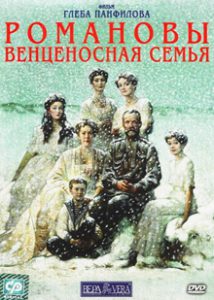 The Romanovs: An Imperial Family with English subtitles is a 2000 Russian film by Gleb Panfilov about the last days of Tsar Nicholas II and his family. The Russian title implies both the Imperial Crown of Russia and the crown of thorns associated with martyrs. The film premiered at the 22nd annual Moscow Film Festival.

The story of the last year and a half of Tsar Nicholas II and his family from the February Revolution of 1917 to their execution in July 1918.