The Royal Palaces of Ludwig II 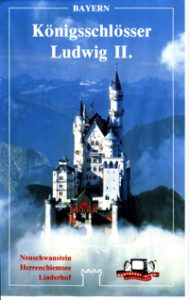 Bavaria is rich in castles and palaces. Three of them rise above all the others and are famous the world over: the Linderhof Palace in the Graswangtal region, the Herrenchiemsee and the Neuschwanstein. The Neuschwanstein Castle near the town of Füssen in the district of Ostallgäu fully embodies the ideal vision of a castle, since it appears in virtually every German fairy tale.  This documentary provides a visual tour of these famous castles and palaces known to virtually everyone.  (In German)