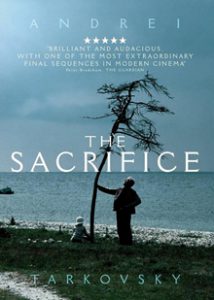 The Sacrifice was Tarkovsky’s third film as a Soviet expatriate, after Nostalghia and the documentary Voyage in Time, and was also his last, as he died shortly after its completion. Like 1972’s Solaris, it won the Grand Prix at the Cannes Film Festival.