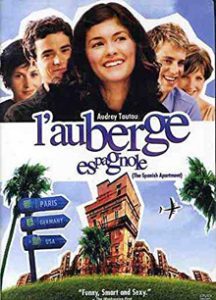 As part of a job that he is promised, Xavier, an economics student in his twenties, signs on to a European exchange program in order to gain working knowledge of the Spanish language. Promising that they’ll remain close, he says farewell to his loving girlfriend, then heads to Barcelona. Following his arrival, Xavier is soon thrust into a cultural melting pot when he moves into an apartment full of international students. An Italian, an English girl, a boy from Denmark, a young girl from Belgium, a German and a girl from Tarragona all join him in a series of adventures that serve as an initiation to life.