The Wind Blows Round 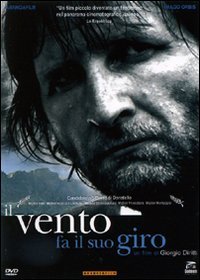 Philippe is a former teacher who left everything to become a shepherd in the French Pyrenees. After the construction of a nuclear power plant near his sheep, he decided to leave the area. Following an unsuccessful search in Switzerland, he found the village of Chersogno in the Maira Valley. The village is inhabited mainly by elderly residents and people who come only for summer holidays. It is a very closed community, which preserves the Occitan language and culture in Italy. After some doubts, the town council finds a home to rent to Philippe and the villagers set to work to restore it. Initially, the village seems to welcome him, his wife and three children. But soon misunderstandings arise caused by the new residents who are not always sensitive to local customs and property rights, especially when it comes to Philippe’s goats, who venture into abandoned fields, angering some owners. Over time the family is progressively less accepted by the villagers and malicious acts begin to arise.