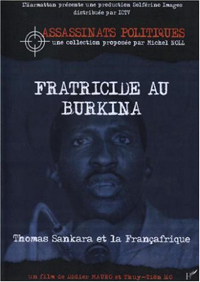 Burkina Faso, West Africa. October 15, 1987. Automatic gunfire breaks the evening night’s silence and kills President Thomas Sankara. Had the assassins been sent by his brother in arms, Blaise Compaoré, with whom he had launched the Marxist Burkina Revolution a few years before, and who took control of the country right after the assassination?

Still in power to this date, Compaoré’s main argument at the time was also the one put forth by the assassins: Sankara had lost all sense of reality, and was leading the Revolution into Chaos. It needed to be “rectified”. But who really was behind this “rectification”? Dark forces from France, the former colonial power, envying neighbor states, wealthy business interests?

In the hope of finding some clues, this film looks at the critical years just prior to the assassination. It collects clues from the very people who were closest to Sankara. 20 years after his assassination, they remember him vividly.  Just as in the rest of Africa, Sankara remains fondly remembered as one of the great African leaders.